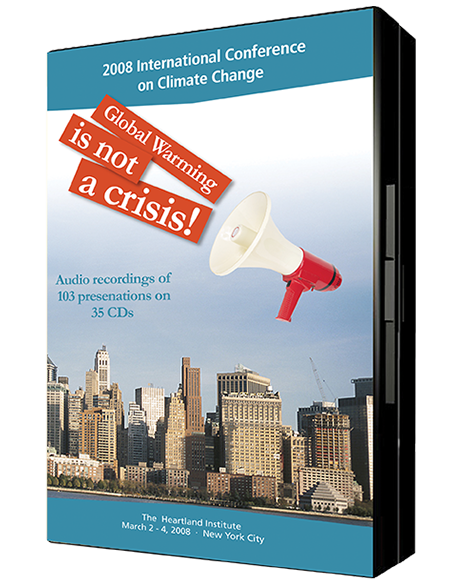 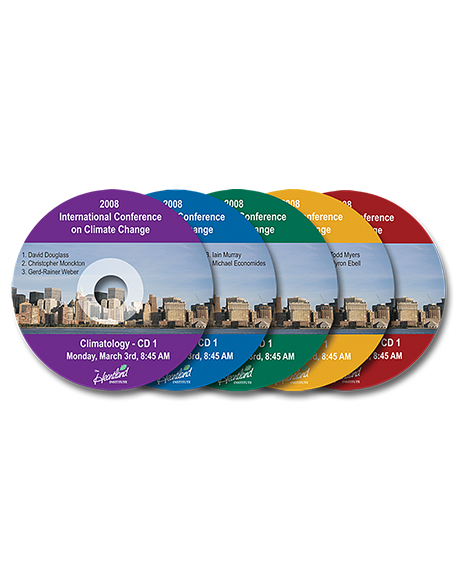 This box set contains audio recordings of all 103 presentations at The Heartland Institute’s first International Conference on Climate Change in March 2008. The 35 CDs are color coded and clearly labeled to make it easy to find specific presentations.

On March 2-4, 2008, more than 500 scientists, economists, and policy analysts from around the world met in New York City to address questions and report new research that had been overlooked by the United Nations’ Intergovernmental Panel on Climate Change. The unprecedented event, hosted by The Heartland Institute, featured 103 presentations by many of the world’s leading climatologists and distinguished economists.

The conference message was simple: There is no scientific consensus on the extent, causes, or consequences of climate change. Claims to the contrary were completely debunked by the mere fact that the conference took place.

This box contains audio recordings of all 103 presentations, on 35 CDs. The CDs are color coded and clearly labeled to make it easy to find specific presentations.