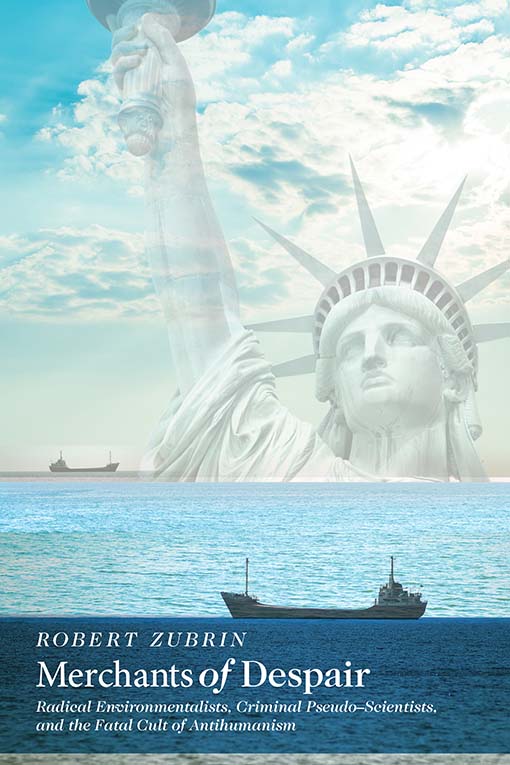 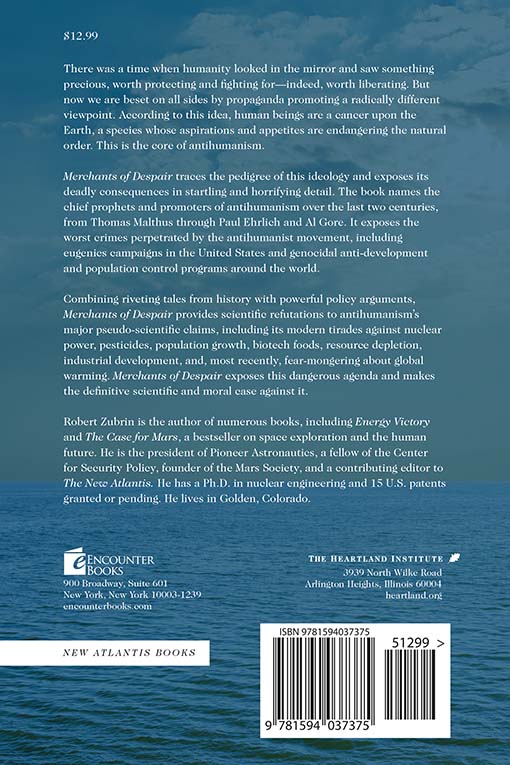 There was a time when humanity looked in the mirror and saw something precious, worth protecting and fighting for—indeed, worth liberating. But now we are beset on all sides by propaganda promoting a radically different viewpoint. According to this idea, human beings are a cancer upon the Earth, a species whose aspirations and appetites are endangering the natural order. This is the core of antihumanism.

Merchants of Despair traces the pedigree of this ideology and exposes its deadly consequences in startling and horrifying detail. The book names the chief prophets and promoters of antihumanism over the last two centuries, from Thomas Malthus through Paul Ehrlich and Al Gore. It exposes the worst crimes perpetrated by the antihumanist movement, including eugenics campaigns in the United States and genocidal anti-development and population control programs around the world.

Robert Zubrin is the author of numerous books, including Energy Victory and The Case for Mars, a bestseller on space exploration and the human future. He is the president of Pioneer Astronautics, a fellow of the Center for Security Policy, founder of the Mars Society, and a contributing editor to the New Atlantis. He has a Ph.D. in nuclear engineering and 15 U.S. patents granted or pending. He lives in Golden, Colorado.

The Common Core: A Bad Choice for America (2nd Edition)