Cart
$0.00 / 0 items
0
0
Roosters Of The Apocalypse: How The Junk Science Of Global Warming Nearly Bankrupted The Western World 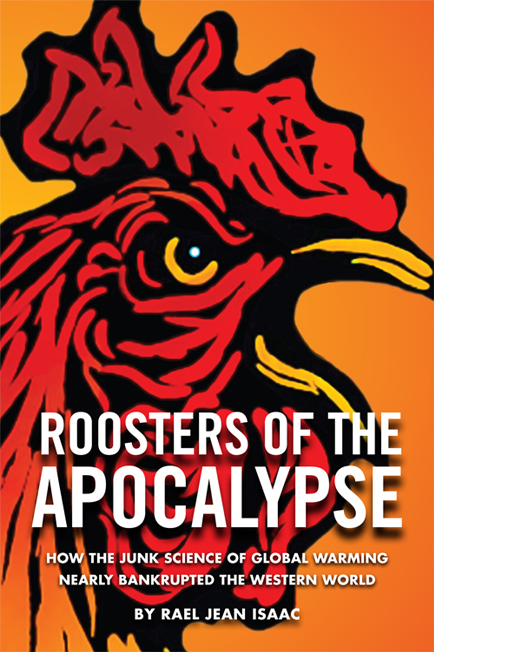 Environmentalism is one of the biggest and most successful social movements of the late twentieth and early twenty-first centuries. Fear that human activities are disrupting the planet’s climate – global warming – is one of the movement’s best-known tropes, often accompanied by predictions of frightening environmental disasters of apocalyptic proportions. But is it true?

Rael Jean Isaac, a sociologist who has written extensively about social movements in the U.S., has studied the environmental movement and paid special attention to its global warming campaign. She finds the global warming movement, far from being based on scientific facts or consensus, is basically irrational, ideological, and profoundly anti-science.

Dr. Isaac dissects the motivations and tactics of the leading “roosters” of the global warming campaign, and finds they have much in common with members of the Xhosa tribe in what is now South Africa. In 1856, the tribe destroyed its cattle and ceased planting crops based on the apocalyptic prophecies of a 15-year-old girl.

Today’s environmentalists are using fear of global warming to destroy the foundations of modern civilization. These “roosters of the apocalypse” dominate governments, universities, and even scientific societies, even as the “owls” — scientists and others who doubt the threat of global warming is real — win the scientific debate and warn of the economic consequences of taking unnecessary action to reduce greenhouse gas emissions.

Roosters of the Apocalypse is required reading for anyone interested in environmentalism, climate change, or contemporary social movements.

6 reviews for Roosters Of The Apocalypse: How The Junk Science Of Global Warming Nearly Bankrupted The Western World