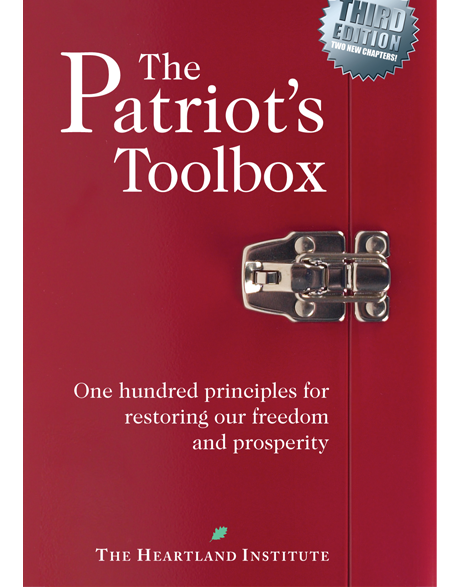 Rarely have more people in the United States been so deeply concerned about the direction of their country as right now, in 2010. During the past two years, millions of men and women have literally marched in the streets for political change, and surveys show their views are supported by the great majority of other Americans. They are not demanding new entitlement programs or threatening to strike if their demands are not met. They simply want their country back. As this book’s title suggests, they are patriots who want to restore the country’s freedom and prosperity.

The most visible part of this uprising, called the Tea Party movement, arose in response to the enormous government bailouts of banks and insurance companies launched by President George W. Bush and overseen by President Barack Obama, and then the massive spending initiatives and government takeovers of formerly private businesses during the first 18 months of the Obama administration. The new patriots perceive that these developments contradict basic American ideals and historical practice. They are right.

The Patriot’s Toolbox is an indispensable guide to public policy for patriot-activists in the Tea Party movement as well as for candidates for public office, incumbent office holders, civic and business leaders, and journalists assigned to cover the movement. It consists of ten chapters addressing the most important public policy issues of the day: education, health care, entitlement reform, environmental regulation, and more. Each chapter is an updated version of booklets previously published by The Heartland Institute in itsLegislative Principles series. Together, they provide 100 practical, evidence-based principles for solving the nation’s biggest social and economic problems.

The editors and authors of this book do not presume to tell the movement what to think or how to act; this is not a “program” or “agenda” for a movement. The word “patriot” appears in the title because the principles we recommend would return the country to government based on the ideals of the Founders who led the American Revolution: liberty, limited taxation, and limited government. The word “toolbox” appears in the title because the principles can be used as tools to fix what is wrong with the country’s politics and public policies. Just as not every tool in a toolbox is used for every project, we don’t expect every reader to find every chapter and every principle useful to his or her effort.

Rewards: How to use rewards to help children learn – and why teachers don’t use them well