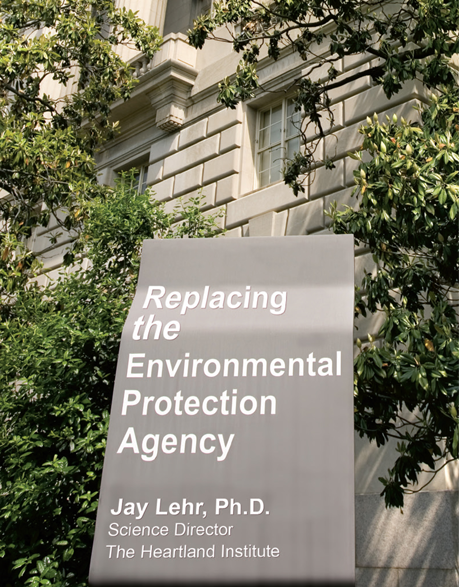 It’s time for the national EPA to go. The path forward is now clear and simple: A five-year transition from a federal government bureaucracy to a Committee of the Whole composed of the 50 state environmental protection agencies.

To those who say this would fail to adequately protect the public’s health or the environment, I urge you to reflect on the poor job currently being done by EPA, and then to meet some of the men and women staffing state EPA offices and see for yourself the sophistication, commitment, and resources they have to do the job. You will not remain doubters for long.

In 1968, Heartland Institute Science Director Jay Lehr, Ph.D. was among several people who served on a panel tasked by the director of the Bureau of Water Hygiene in U.S. Department of Health to study the potential to expand the bureau’s oversight into a full environmental protection organization. In 1971, Lehr and his colleagues succeeded, and the United States Environmental Protection Agency (EPA) was born.

Lehr participated in the writing of the Clean Water Act, Safe Drinking Water Act, and other key environmental protection laws. For a decade, he writes, the “true safety net for our environment” largely worked. And then beginning around 1981, “liberal activist groups recognized EPA could be used to advance their political agenda.” Lehr now contends the 50 state environmental agencies “are ready to take over management of the nation’s environment.” In this policy booklet, he describes how 80 percent of EPA’s budget could be eliminated and its responsibilities transferred to the states … in just five years.

Jay Lehr, Ph.D. is science director and senior fellow of The Heartland Institute. He is the author of more than 500 magazine and journal articles and 30 books, including Rational Readings on Environmental Concerns,McGraw Hill’s Handbook on Environment Science, Health and Technology, and the six-volume Water Encyclopedia.